Ford is investigating an innovative new engine management approach that could help make the company's award-winning three-cylinder 1.0litre EcoBoost engine even more fuel efficient than it already is.
Macklin Motors

Ford is investigating an innovative new engine management approach that could help make the company's award-winning three-cylinder 1.0litre EcoBoost engine even more fuel efficient than it already is.

On-road tests, using a working prototype, showed fuel efficiency improvements of up to six per cent after engineers conducted an experimental investigation into cylinder deactivation.

To enable cylinder deactivation to take place at a wider range of engine loads and speeds, they developed a new dual mass flywheel, which also minimised noise, vibration and harshness levels.

These findings were presented at the world renowned Vienna Engine Symposium by Andreas Schamel, Ford director of global powertrain, research and advanced engineering.

Cylinder deactivation is among a number of fuel efficiency solutions Ford is investigating for the 1.0-litre EcoBoost, at the European Research and Innovation Centre in Aachen, Germany.

Schamel said: "Even for an aggressively downsized engine such as the 1.0-litre EcoBoost, a significant improvement in vehicle fuel economy could be found by exploiting cylinder deactivation. The highest priority in the development of new combustion engines for automotive applications is the ongoing reduction of fuel consumption."

EcoBoost-equipped vehicles last year accounted for one in four new Ford vehicles sold in Europe. The most popular 1.0-litre EcoBoost is available with automatic as well as five-speed, and sixspeed manual transmissions, and across 10 different models  from Fiesta to the all-new Mondeo. 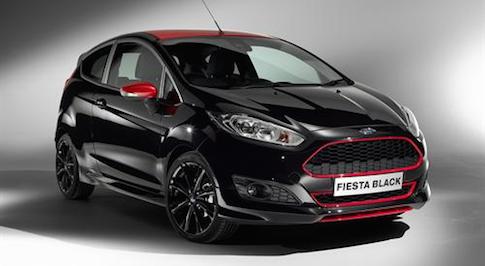