Hyundai UK has received the Motor Trader 'Carmaker of the Year' award for the third time in six years.
Macklin Motors

Hyundai UK has received the Motor Trader 'Carmaker of the Year' award for the third time in six years.

Having previously won in 2010 and 2011, the Walsall based company was awarded in recognition of its sales success, desirable new models, focus on customer care and its close an profitable relationships with its dealer network.

A panel of judges agreed that Hyundai UK's 2020 vision will help the company achieve its goals in the long term. The 2020 vision, which was introduced in 2011, includes new products, technologies, dealer investment and increased public engagement via key cultural and sport partnerships.

Motor Trader's 'Carmaker of the Year' Award is sponsored by Allianz Global Assistance and has been awarded yearly since 2002, with previous winners including Audi, Land Rover and Mini, amongst others.

Editor of Motor Trader, Curtis Hutchinson commented: "Hyundai's expanded model range covers all the key market sectors and is one of the freshest looking line-ups in UK showrooms and the brand's results speak for themselves. The Company recorded best-ever sales of just over 82,000 in 2014 up 25 per cent since 2010 and this year is looking set to better that."

Hyundai's short-term goals include making 100,000 sales in the UK, with a 5 per cent market share planned for a short time after that. Long term, it hopes to secure a top five sales position amongst all car brands in the UK.

2015 has already been a productive year for the South Korean multinational automotive manufacturer. The new generation i20, the new i20 Coupe, new i30 and i30 turbo and new i40 are all available in showrooms now, soon to be joined by the all-new Tucson in September. 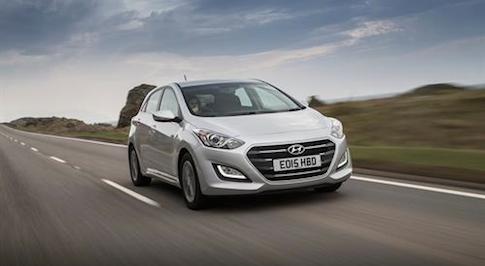