Ford has partnered up with insurance provider Marmalade to help reduce the cost of motoring for young drivers and to make the possibility of owning a new Ford Fiesta or Ka attainable.

Young drivers, aged between 18 and 24, can now take advantage of an enhanced Ford contribution towards insurance on selected Fiesta models, including the 140bhp Zetec S Red and Black editions, when purchased with Ford Options.

The scheme melds the Ford Options two-year purchase plan with a discreet 'black box' fitted free of charge by Marmalade.

According to Marmalade's data, Ford's enhanced contribution now means that all insurance costs are covered for at least 55 per cent of 18-24 year olds who finance a new Fiesta Style 1.25L three-door.

The programme is also intended to help young drivers gather experience more safely during their initial months on the road.

Using the black box, drivers are monitored with their acceleration, braking and cornering force and builds a profile of driving behaviour. Motorists who fall below a certain level of acceptability are given advice to improve their skills.

Drivers have online access to their driving data, as well a forum for support and improvement. On todays roads, one in five young motorists have an accident within their first six months, whereas only one in 17 have one when using the Marmalade scheme during the same period.

Andy Barratt, chairman and managing director of Ford Britain, said: "We recognise the challenges for young motorists and this insurance offer from Marmalade not only makes owning a brand new Ford more attainable, it brings with it all the advantages of the latest active and passive safety systems fitted as standard to our cars." 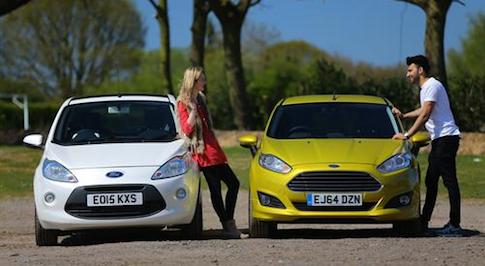 Ford helps get young drivers on the road