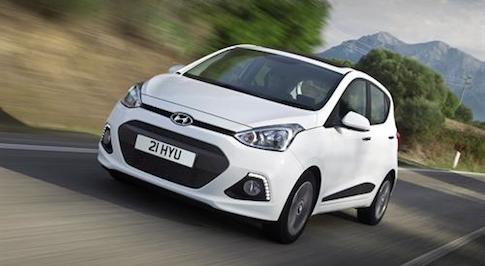 Hyundai's best-selling supermini - the i10 - has secured the "best city car" and "best car that's cheap to insure" titles at this year's Carbuyer awards.

The announcement follows the i10's recent accolade as What Car? "best city car" for the second year in a row.

The i10's sales success meant that in 2014 Hyundai became the first Korean manufacturer to sell 25,000 units of one model in a year.

Stuart Milne, editor of Carbuyer, said: "The Hyundai i10 is the best choice for budget-conscious buyers, providing comfortable, safe and above all affordable motoring. It also comes with one of the best warranties in the business and is packed with equipment."

Tony Whitehorn, president and CEO at Hyundai Motor UK, added: "This latest award for i10 is a true testament to the level of quality and practicality that Hyundai customers have become accustomed to. Thanks to its generous level of equipment, and deceptively large interior, we're confident that i10 will continue on its award-winning streak."