The 6th episode of Ford's documentary on the development process of its RS has been released, and with just two more episodes due over the next fortnight, the car is looking closer to completion.

The all-new Focus RS is the latest Ford to wear the famous RS badge. It is also the fastest accelerating RS model ever, reaching 62 mph from a standstill in just 4.7 seconds and boasting a top speed of 165mph. Under the bonnet, there is a specially engineered version of Ford's new 2.3-litre EcoBoost engine that can deliver a power output of 350PS.

The episodes began airing once a week on Ford's YouTube channel on 30th September.

This week's episode is named 'Power Struggle'. It sees the team working around problems causing the engines on the prototypes to fail. The car is also taken on the test track at Ford Dunton Technical Centre, where the Launch Control is tuned.

The episode finishes with the production of a number of verification prototypes  the cars that must be signed off before mass production begins.

Check out the video here: 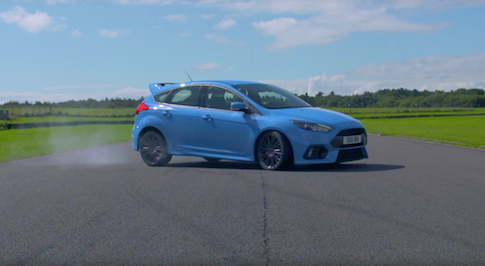